Levying a Tax even on Carbon!

Are celebrities at fault for global warming?

Last July, a famous celebrity in the United States was criticized for getting around on a private jet. In the U.S., where people commonly travel by plane because the land is expansive, it is common to take a private plane, but for what reason?

What's the reason she flew 64 km, a distance that could be traversed in just forty minutes by car? She points out that, not only her; many famous singers and film directors are now being singled out as major culprits of excess carbon dioxide emissions. This was given as the reason why she made such a short-hop flight.

According to Yard, a British digital marketing company, the amount of carbon emitted by celebrities around the world by private jets is 482 times the average annual carbon dioxide emitted by the general public.

The public's disillusionment is all the more poignant, seeing how celebrities appear to be concerned about climate change, yet they emit tons of carbon by flying private jets for personal travel even for short jaunts.

In the past, celebs with their private jets were the object of interest and envy, but now the world's attention has extended to the issue of CO2 emission. As such, they are now emerging as big producers of greenhouse gases, namely major culprits in causing climate change, and are coming under public scrutiny.

Nations around the world are making great efforts to keep the global temperature rise under 1.5℃ compared to the pre-industrial era. 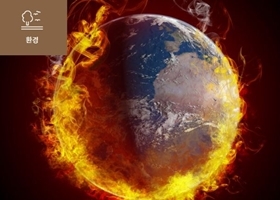 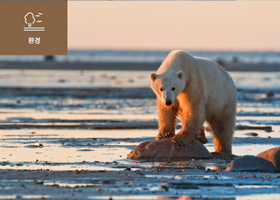 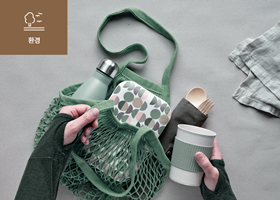 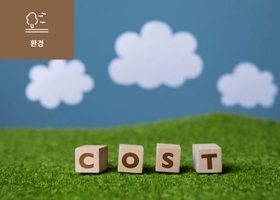 The Environment Ministers of OECD member nations met in Paris in March this year for the OECD Environmental Policy Committee (EPOC) Ministerial Meeting.

The ministers attending pledged to develop and implement an "effective and ambitious strategy" for the goal of achieving net zero greenhouse gas emissions by 2050. They discussed methods for implementing Carbon Pricing, recognizing greenhouse gas as a concomitant expense incurred by human activities.

What is Carbon Pricing?

According to the Carbon Pricing Report published by the World Bank in May 2022, there are 68 carbon pricing instruments worldwide (36 carbon taxes and 32 emission trading systems), and global carbon price revenues in 2021 will increase by 60% compared to 2020, for an estimated total of $84 billion dollars (119.53 trillion won).

▲What is an Emissions Trading Scheme (ETS)?

The emission trading system began at the “Kyoto Protocol,” an international agreement that set targets for greenhouse gas reduction in advanced countries at the 3rd UN Climate Change Convention held in Kyoto, Japan in 1997.

(Cover page of the Kyoto Protocol)

The 37 developed countries that fall under ‘Annex I’ of the Kyoto Protocol are required to reduce their carbon dioxide emissions by an average of 5.2% as compared to 1990 by the year 2012.

* For reference, the Kyoto Protocol, which stipulated a climate change response method centered on developed nations by 2020, will develop from the Paris Climate Agreement ratified in 2015 to assigning all 195 contracting parties the obligation to reduce greenhouse gas emissions after 2020.

The amount of carbon emission per country is determined by the United Nations Framework Convention on Climate Change, and each nation that has been issued carbon emission limits allocates the task to domestic companies.

A firm that emits more carbon than the allocated credits must purchase credits from other companies within that country that have reduced carbon emissions.

As the World Bank detailed, there are 32 emission trading schemes and operating standards and prices for carbon credits are different for each country, so there is as yet no carbon emissions credit trading between countries.

▲ The European Union has the most active carbon trading system in the world and has been operating a carbon exchange since 2005. The price of 7.83 euros per ton stipulated in January 2018 has risen to 90 euros as of July 2022. Carbon trading prices in Europe are rising steeply.

▲ China and the European Union agreed to strengthen bilateral cooperation in the carbon market in 2015 and started trading carbon credits in July 2021.

▲ Korea also launched its own Korea Emissions Trading System (KETS) as the first nation to do so among countries that do not fall under Annex 1.

▲ The United States currently implements carbon pricing schemes at the state rather than at the federal level.

The advantage of the emission trading system is that it is effective in reducing carbon emissions since the government sets the emission quotas of companies.

A carbon tax is a system where the government imposes a tax on the amount of carbon dioxide emitted. Until 2020, the proportion of carbon tax was higher than that of the carbon trading system, but this balance turned around in 2021.

Businesses strive to reduce their carbon footprint, if only to reduce taxes.

But the carbon tax has the drawback that CO2 emissions are decided by each company’s volition. In extreme cases, if a firm insists on producing excessive carbon even at the cost of high carbon taxes, there is no way to stop it. If a firm makes products that consumers prefer no matter how high the price, it is easy to tack the carbon tax onto the product price, instead of making efforts to reduce carbon emissions.

Another disadvantage of the carbon tax is that companies in nations that impose a stiff carbon tax have lower price competitiveness of their products in contrast to competitors abroad that levy no carbon tax.

The system designed to compensate for this unfairness is the carbon border tax.

In July of last year, the European Union announced the ‘fit for 55’ plan to reduce average carbon emissions to 55% compared to 1950 by 2030 to tackle climate change. What particularly drew attention here was the imposition of a so-called “carbon border tax” from 2026.

The official term for the carbon border tax is the "Carbon Border Adjustment Mechanism (CBAM)", a system to impose a tax on products imported into the EU that emit more carbon than those produced in the EU.  The levy applies to products with high carbon emissions, such as steel, cement, and fertilizer. The EU expects to generate an estimated 10 billion euros (13.8 trillion won) annually from this carbon border tax.

Countries such as China and Russia, most impacted by the introduction of the EU's carbon border tax, are strongly opposed to this. China protests that it is a unilateral measure to expand the climate change issue into the trade sector, violating the principles of free trade of the World Trade Organization (WTO). It claims that developed countries seek to lower the competitiveness of developing countries under the pretext of environmental problems.

The World Bank report states that while carbon prices are breaking record highs in many regions, they currently cover less than 4% of global emissions, and that prices will need to rise significantly higher to meet the Paris Agreement targets.

(Carbon coverage, emissions and pricing by country and region)

In May 2021, UN Special Envoy for Climate Action Mark Carney also said in an interview with CNBC that “to achieve the goal of zero carbon within 10 years, it is necessary to sharply raise the carbon emission tax to $100 per ton (about 130,000 won).”

In addition, the International Monetary Fund (IMF) announced that the average global carbon price in July 2022 was $6 per ton, but should be raised to $75 per ton by 2030 in order to stem global warming.

The grudge of a disappearing island nation

At the UN General Assembly held last week, President David Kabua of Marshall Islands, an island nation in the Pacific, said, "I once again urge that we declare all-out war on the climate change monster."

The Marshall Islands are in danger of disappearing if the sea level rises due to global warming. as the average elevation is only two meters above sea level.

Last year, the Marshall Islands and the neighboring Solomon Islands proposed a carbon tax of $100 per ton on greenhouse gases emitted by international ships, leading to a transition to zero carbon emissions.

The AP reported on a speech at the UN General Assembly by Prime Minister Kausea Natano of Tuvalu, an island nation in the Pacific Ocean like the Marshall Islands. He said that while developed countries glibly talk about the "existential threat" of climate change, Tuvalu is desperately clearing land 4 to 5 meters high to avert imminent submersion.

Prime Minister Robert Abella of Malta, which is likewise at risk of submergence, pointed out that climate change is a serious threat to small island nations and to coastal areas everywhere.

UN Secretary-General Antonio Guterres has also urged wealthy nations to tax the gains from energy revenues and divert these funds to countries affected by the loss and destruction of the climate crisis.

It is known that the Pacific Island nations' carbon contribution is less than 0.03% of total global emissions. What role have Pacific island nations played in driving climate change?

It remains to be seen whether the carbon pricing system and the carbon border tax, which are still being fine-tuned, can give them an answer.